There are so many different types of noodles when it comes to pasta dishes!

You’ve come to the right place if you can’t get enough noodles. Italy might have the market covered on noodles.

But it’s not the only country that can’t get enough pasta.

In fact, the oldest documented noodle was discovered 4,000 years ago in China.

Depending on the dish, the type of noodle you select can be a real game-changer.

Udon noodles show up a lot in Japanese cooking. They’re composed of wheat flour and salt and taste similar to ramen noodles.

What’s different about udon noodles is that they’re thick, soft, and work perfectly in dishes like yaki udon.

If you want the noodle to be the star of your dish, udon noodles are an excellent choice.

You can’t go wrong with yaki udon for a mouthwatering Japanese dinner dish!

Soba noodles are a great alternative to keep calories low.

They earn their dark coloring from buckwheat flour. It has more protein and fiber than your average pasta.

Their bright, earthy flavors make them perfect for cold pasta dishes, but you can also use them in stir-frys and soups.

Plus, these flavorful noodles can also work as great dipping noodles.

Remember that soba noodles often have strong earthy flavors, which might not be for everyone.

They incorporate wheat flour (hence their darker coloring) and eggs.

They have a savory flavor that stands apart from other Asian noodles and a chewy texture.

The flavors of lo mein and chow mein noodles are perfect for hot stir-fries with garlic, sesame, and ginger.

The great thing about rice noodles is that they have a very subtle flavor.

On their own, they have a very mildly sweet and nutty flavor.

Once you toss them into a sauce or soup, the open texture of rice noodles soaks up the flavors in your dish like a dream.

They’re great in soups and stir-fries but also work well in desserts.

Egg noodles are more savory and filling than noodles made from flour or rice.

While they have a very mild egg flavor when eaten alone, those flavors disappear once incorporated in most recipes.

The great thing about egg noodles is that they have twice as much calcium as traditional flour or rice pasta but surprisingly less protein.

These noodles their name from their delicate and translucent nature.

These include mung bean, peas, or sweet potato, although mung bean is the most common.

They’re lower in calories and are great additions to hot pots, salads, and soups.

What’s interesting about ramen noodles is that they are often pre-cooked.

All you need to do to cook ramen is rehydrate them in water.

While ramen noodles and soup go hand in hand, their use doesn’t end there!

You can use ramen noodles in just about anything.

They can also work as replacement pasta for Italian or American-style recipes.

Spaghetti likely needs no formal introduction, as it is the most popular pasta in the world.

But many store-bought brands make their spaghetti from various types of milled wheat.

Its mild flavors work in just about any cuisine, from Italian to Spanish, or even stir-frys.

Yi Mein noodles are Cantonese egg noodles. They have a hearty and chewy texture and incorporate wheat flour.

Their spongy texture is due to the soda water used when creating the noodles.

They soak up sauces in stir-fries and soups like a dream!

Yi mein noodles work best in stir-frys with bright and bold flavors but can also be tossed into soups or in a hearty sauce.

While wonton soup is a staple, these noodles are great for from that just stuffed pork wontons!

They have a similar texture to ramen, making them perfect for soups and stir-fries.

These noodles are so hearty that they can (and should!) also be used to make stuffed pork wontons or fried.

Think of wonton noodles as China’s take on ravioli.

These thin noodles incorporate wheat flour and have a very mild flavor.

They’re often used in cold dishes paired with a bright dipping sauce but can also work in hot pots or stir-frys.

Never heard of biang biang noodles before? You’re not alone!

These once-obscure large, flat noodles have gained much popularity in recent years.

Their flat and wide shape was thanks to laziness when people didn’t have the time to create delicate or intricate noodles.

They boast a wide, flat shape and are composed of wheat flour.

They earn their bold flavors with vinegar, garlic, and chili oil.

Move over, spaghetti, there’s a new pasta in town.

While bucatini looks like your average spaghetti noodle, it’s a little different (in all the best ways).

Bucatini noodles may look like spaghetti, but they are thicker and have a hole running through the center.

This hole helps this noodle soak up rich pasta sauces, making it an excellent option for noodles in a thick and robust sauce.

Bucatini is like spaghetti-like macaroni noodles that soak up delicious sauces.

If you whip up spaghetti with red sauce, opt for bucatini to switch things up.

You may never look at classic spaghetti noodles the same way!

The flavor of shirataki noodles is incredibly mild. On their own, they don’t taste like much of anything.

However, their open texture soaks up rich sauces and transforms these humble noodles into something incredibly mouthwatering.

They’re composed of a compound derived from the konjac root that gives these noodles their light, delicate texture.

Shirataki noodles work best in dishes with bright, bold flavors thanks to their delicate flavors.

They work great in stir-frys or tossed into hot pots.

If you’re on a gluten-free diet, kelp noodles are a must-try. As you may have already guessed, they are composed of kelp.

Don’t worry, unlike other sea vegetables, kelp noodles have no fishy taste whatsoever.

The best thing about kelp noodles (aside from being gluten-free) is that they don’t require cooking.

Reheat your noodles, and they’re ready to serve! While they’re great in hot dishes, they also work incredibly well in cold dishes.

They’re composed of sweet potato starch, water, and salt, rather than traditional rice or wheat flour.

They work in hot and cold dishes with a delicate texture and go great with crunchy vegetables.

You can also use them in dessert recipes as well thanks to their mild flavor.

Because they have such a mild flavor, don’t be afraid to get bold with your seasoning!

These delicious egg noodles are very similar to the flavors of vermicelli.

Just like ramen, they cook up in only a few minutes and work incredibly well in soups or in a tasty sauce.

If you want to cook a classic Spanish dish, sopa de fideo is a great choice and only uses five simple ingredients.

Made from potatoes, mung beans, tapioca, or sweet potatoes, they turn translucent like glass noodles once cooked.

They might look peculiar, but they have a flavor similar to wheat pasta.

They’re made from eggs and soaked in lye water to provide their patented chewy texture.

Lomi noodles are a staple in Filipino cooking. They’re often used as the main noodle in chicken noodle soup.

If you want to get inventive with your classic chicken noodle soup, a simple noodle swap is a great option!

Lamian noodles are the oldest documented noodles discovered 4,000 years ago in China.

While they’re composed of similar ingredients to ramen, a few characteristics make them different.

Lamian noodles are straight, like spaghetti, rather than wavy.

Plus, they are slightly thinner than ramen noodles and a little softer.

These hand-pulled noodles have high elasticity, making them super easy to make at home!

These 20 different types of noodles make some delicious dishes! From soba to egg to spaghetti, each kind is unique in its own right. 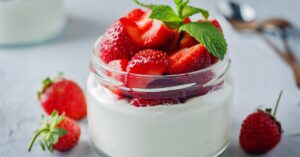 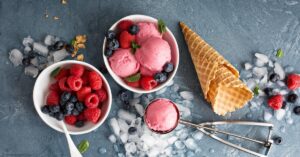