Learn how to bake gluten-free bread, cakes, cookies, and more goodies with these potato flour recipes!

Made from real potatoes, potato flour has more nutritional value than regular flour.

It’s also gluten-free. So, if you’re intolerant to gluten or cooking for someone who is, potato flour makes for a fantastic alternative.

Just like other kinds of flour, potato flour has many uses. But for this roundup, we’ll focus on baked goods alone.

Aside from being healthy and gluten-free, there are two more reasons why you should try baking with potato flour.

The first is that it lends baked goods its subtle sweetness and earthy flavors.

The second is that it possesses the ability to retain moisture.

That said, look forward to extra moist and flavorful baked goods when you make one of these potato flour recipes!

Let’s get the ball rolling with cake!

This potato flour cake is seemingly simple, but wait until you take your first bite.

Infused with eggnog liqueur, this cake is sweet and creamy with hints of spice.

But it’s not really the flavor that makes this cake a star, but the texture.

Thanks to potato flour and canola oil, this cake is ridiculously light. It’s like biting into a cloud.

You’ll want to highlight the delicateness of this cake, so I don’t suggest topping this with a heavy frosting.

For this recipe, potato flour is utilized to give the classic brioche buns a sweet and earthy twist.

Enriched with butter and milk, these buns are incredibly soft and pillowy. It’s a fantastic way to level up your hamburgers!

If this is your first time making bread from scratch, know that the process takes some time.

(And a good arm workout, if you’re not using a bread maker.)

But if the reward is these heavenly buns, I say, it’s worth it.

This potato bread recipe deviates a little bit from our theme in that it doesn’t call for potato flour, but actual potatoes.

Crusty on the outside and extremely soft and fluffy on the inside, potato bread is significantly better than ordinary white bread.

It’s also a great way to get your daily fiber requirement.

Plus, the starches in the potatoes allow the bread to stay fresh much longer than bread made from regular flour.

This caramel apple cake is sweet, spiced, and more than just nice.

If you’re craving the flavors of fall, you have this recipe to count on.

The cake itself is great, but it’s the salted caramel on top that steals the show.

It’s a sheet pan cake, which means you won’t have to trouble yourself with stacking up cake layers and frosting them with icing.

It also means one recipe can feed a lot.

As an added bonus, this recipe can be made gluten-free.

Sernik, which is Polish for cheesecake, is one of the most popular desserts served in the country.

I mean, it’s cheesecake, so there’s really no wondering why.

While it looks and tastes similar to other cheesecakes, it uses farmer’s cheese instead of cream cheese.

This cheese has a milder flavor with a crumbly texture similar to but firmer than cottage cheese.

Also, instead of ordinary flour, it calls for potato flour, which lends the cheesecake a subtle earthy taste.

In case you haven’t heard of or tried New England-style rolls, you’re missing out.

They’re like hot dog buns but are 10 times better.

Enriched with butter, sugar, eggs, and powdered milk, these rolls are unbelievably soft and pillowy!

The potato flour, dry milk powder, and butter make the rolls so rich and flavorful, too.

They’re like the most delicate brioche bead, in hoagie form.

So, if you’re looking to elevate your hot dogs and sandwiches, you know what to do.

The combination of cinnamon and ripe mangoes gives these rolls a heavenly aroma that’ll drive your tastebuds insane!

It’s not just about the fragrance and flavor, though, but the texture, too.

Thanks to potato flour, these rolls are extremely soft, moist, and pillowy.

This is very impressive, considering the recipe also calls for whole wheat flour, which tends to dry out baked goods.

You’ll use sweet potato flour to form the base of the cookie dough.

It doesn’t just make chocolate chips extra moist and tasty but is also vegan and gluten-free.

Don’t worry, the flour won’t make the cookies taste like sweet potatoes (although, that doesn’t sound bad at all).

All you taste here is the decadence of the chocolate.

This cinnamon-apple twist bread is the ultimate fall comfort food.

From the bread to the apple filling to the sweet glaze on top, this bread gets a perfect score.

You won’t just love the flavor combinations, but the bread’s pillowy texture as well.

Don’t be intimidated by how intricate the design is! It’s just a matter of slicing and twisting, so it’s nothing complicated at all.

Capping off this list are potato dinner rolls that deserve a standing ovation.

Soft and fluffy, these rolls are everything you can ask for in bread, and more.

The dough is enriched with butter and sugar, which is what gives the rolls their addictive nature.

And because it uses potato flour, you can keep these rolls around longer.

They stay fresh for up to a week, even when stored at room temperature.

10 Ways to Use Potato Flour

With these tempting potato flour recipes, you can have all of your favorite treats while staying gluten-free. From cakes to cookies to bread, this list has it all! 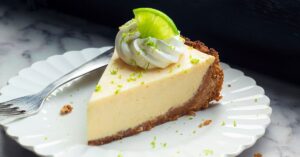